The new commissions include Sky Kids original series Clam Brain starring Frankie Bridge, which will give kids tips and tricks to calm their minds and get their bodies active, as well as a second season of nature and mindfulness series, Dreamflight, which features soothing stories narrated by stars including Dame Julie Walters and Russell Tovey.

Sky Kids will also feature the government’s Youth Mental Health Ambassador, Dr Alex George in a series of five films developed with the Department for Education. These films will run throughout the summer on the popular Sky Kids news show FYI: For Your Info called What’s On Your Mind? Each segment will highlight the importance of being physically and mentally healthy, which coincides with the Department for Education’s efforts in raising mental health and wellbeing awareness in schools in the UK, which includes introducing a new part of the national curriculum on mental health.

Commenting on her new show Frankie Bridge said: “It’s so important to have open conversations with our kids about how they are feeling. As parents we obsess about our kids brushing their teeth and eating right, but mental health needs active care too. As a parent I know the topic can be daunting, so I’m thrilled to be part of the all new Sky Kids series Clam Brain, a show which promotes mental wellbeing for the whole family, with guided exercises and practical advice from experts, as well as a host of adorable animated friends who make it fun and accessible for all ages.”

Dr Alex George, Youth Mental Health Ambassador, said: “I’m so proud and excited to share these videos on wellbeing today which build on content already in the school curriculum. They’ll be free for summer schools and holiday clubs, and I can’t wait to see them in action – because being able to reach out in a safe and understanding environment has never been more important, and all children need to know that their mental health matters.”

Lucy Murphy, Director of Kids Content, Sky UK and Ireland, said: “There is this cultural ideal that our childhoods should be carefree, but the reality is no matter your age there are emotional challenges to face. At Sky we recognise the impact the pandemic has had on families and we’re really proud to be commissioning shows that shine a spotlight on mental wellbeing and offer kids practical exercises from experts that can help them navigate this hectic world in which we live.”

All three Sky Kids Original commissions will be available on Sky and streaming service NOW. What’s On Your Mind will air weekly from Saturday 10th as part of FYI: For Your Info, meanwhile all episodes of Clam Brain will be released on demand from 12th July and the second season of Dreamflight from September.

The series made by Zodiak Kids Studio, part of Banijay, features, a chilled-out animated character Clam and its anxious friend Starfish, together they navigate difficult life scenarios. Each 20x6 minute episode is part live action, part animation series and encourages kids to learn a range of interactive techniques from breathing exercises to arts and crafts.

What’s on Your Mind? (FYI: For Your Info)
TX: 10th July and across the summer

In a series of five films dedicated to mental health and wellbeing the UK Government’s Youth Mental Health Ambassador and former Love Island contestant Dr Alex teams up with FYI presenters, experts and celebrities including Joe Wicks MBE and Frankie Bridge to investigate simple ways to deal with the pressures of life.

Due to air throughout the summer, the team will discover just how important a good night's sleep is and how exercise and what you eat, can have a massive impact on your mind and the importance of speaking out when you are feeling down.

Alongside airing on Sky Kids, the films, together with tie-in educational resources, will be freely available for all schools, summer schools and Holiday Activities and Food providers at first.news/DRALEXMIND, the video platform for the UK’s only newspaper for young people, First News.

First News head of education Nicolette Smallshaw said: “First News is pleased to be working with Sky Kids and the Department for Education to support pupils’ well-being with Dr Alex George. The consequences of the disruption to children’s lives during the pandemic could linger longer than the effects of the virus itself if we do not act now.”

What’s On Your Mind by Dr. Alex George is produced by Fresh Start Media for Sky Kids.

Back for its second season Sky Kids original series Dreamflight, provides families with the chance to experience Earth’s natural wonders from the comfort of their home, with mood enhancing films combined with stunning wildlife and landscapes.

Sky Kids offers families 8 kids channels and over 10,000 episodes of on demand viewing as well as the Sky Kids app, a safe space for younger kids focussed content, games and art tools with parental controls including a sleep mode so parents can moderate screen time. This is complemented by the pin protected Safe Mode on Sky Q, so there’s no danger of children straying into any areas of content that are not right for them. 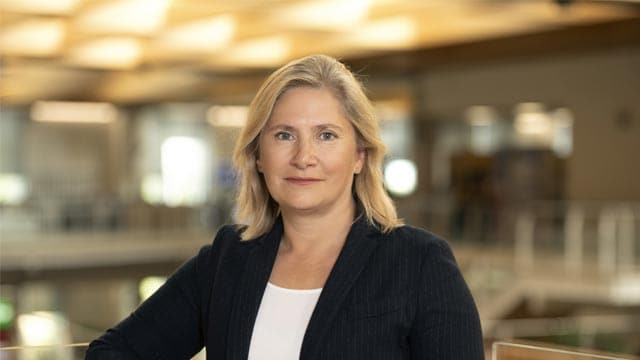 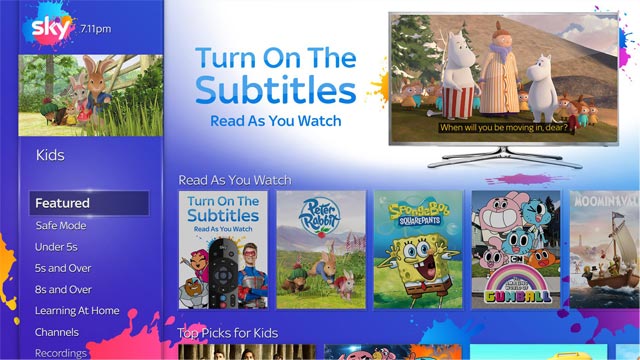 Sky, WarnerMedia and ViacomCBS ‘Turn on the Subtitles’ for more than 500 episodes of their most popular kids’ content