Sky today announces that The Hanging Sun, a Sky Original will close the 79th Venice International Film Festival on 10 September 2022. The Hanging Sun is directed by Francesco Carrozzini, and is produced by leading Italian production companies Cattleya and Groenlandia, alongside Sky Studios, Sky’s original programming arm across Europe.

Based on the novel “Midnight Sun” by Jo Nesbø, this noir thriller is set amidst the rarefied atmospheres of the Norwegian summer where the sun never sets. Written by Stefano Bises, the film features performances from Alessandro Borghi (Devils), Jessica Brown Findlay (Downton Abbey), Sam Spruell (The North Water), Frederick Schmidt (Angel Has Fallen), Raphael Vicas (Grantchester), with Peter Mullan (My Name is Joe) and Charles Dance (Game of Thrones).

The Hanging Sun, a Sky Original will air on Sky Cinema later this year.

IMAGES CAN BE FOUND ON SEAC

We believe that we can be a force for good in the communities in which we operate. We’re committed to being Europe’s first net zero carbon entertainment company by 2030 and we’re proud to be a Principal Partner and Media Partner of COP26 – the UN Climate Change Conference. We take pride in our approach to diversity and inclusion: we’ve been recognised by The Times and Stonewall for our commitment. 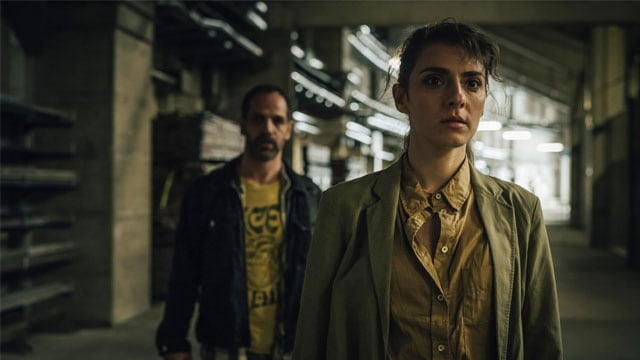