31st May 2019. London, UK. The cream of British artists form a dazzling and diverse list of nominees for The South Bank Sky Arts Awards 2019. Now in its 23rd year, the Awards will take place on Sunday 7th July at the Savoy Hotel and will air on Wednesday 10th July at 8pm on Sky Arts, the UK’s only TV channel dedicated to arts, music and culture.

Hosted by Melvyn Bragg, The South Bank Sky Arts Awards is the only Awards ceremony in the world to celebrate every genre of the Arts, including Dance, Theatre, Pop, TV Drama, Film, Classical Music, Literature, Opera, Comedy and Visual Art. Previous winners at the Awards demonstrate the strength and depth of British talent across the full spectrum of the Arts, and include Stormzy, Tom Hiddleston, Ian McEwan, Sam Mendes, Amy Winehouse, Steve Coogan, Akram Khan, Steve McQueen, Alan Bennett and Kate Bush.

This year, in a particularly strong Comedy category, Channel 4 leads the way with two nominations in Derry Girls and Hang Ups, with BAFTA-winners Steve Pemberton and Reece Shearsmith rounding out the list with their hallmark dark comedy, Inside No.9. Pemberton and Shearsmith are also the subjects of an episode of forthcoming series The South Bank Show (TX: 30th July at 10pm on Sky Arts and NOW TV), which explores the work of these most original and versatile television screenwriters and actors.

Fighting it out in the hotly-contested Film category is Yorgos Lanthimos’ quirky and much-lauded The Favourite, alongside debutante Michael Pearce’s thriller Beast and Peter Jackson’s powerful documentary They Shall Not Grow Old. Beast has proved an excellent platform for propelling talented newcomer Jessie Buckley into the mainstream, earning her a nomination in the coveted The Times Breakthrough Award. The Times Breakthrough Award shines a spotlight on up-and-coming talent in the British Arts; previous notable winners include Amma Asante, Billie Piper and last year, Nubya Garcia, a multitalented saxophonist whose debut recordings and live performances have energised the jazz scene. Rising stars also nominated in the category this year include singer/songwriter Freya Ridings, former banker turned opera singer Nadine Benjamin, young author Anna-Marie Crowhurst and multi-sensory visual artist Haroon Mirza.

Elsewhere, the Welsh National Opera and English National Opera go head to head in the Opera category for Rhondda Rips It Up! and Porgy and Bess respectively, with Garsington Opera also being nominated for Falstaff. Sky and the BBC dominate the TV Drama category with Patrick Melrose, Killing Eve and A Very English Scandal all receiving recognition. Diana Evans (Ordinary People) and Rachel Cusk (Kudos) fly the flag for talented women in the Literature category, with Tom Rachman also nominated for The Italian Teacher. The Inheritance, Company and Sweat go head to head for the coveted Theatre Award.

The pinnacle of the event is the Outstanding Achievement Award, which acknowledges the remarkable contribution an artist has made throughout their career to date; previous winners of this award include Andrew Lloyd Webber, Sylvie Guillem, Tracey Emin, Judi Dench, J.K. Rowling, Harold Pinter, Simon Rattle, Eddie Izzard and last year, Benedict Cumberbatch.

Zai Bennett, Director of Programmes, Sky, said: “We are honoured to be hosting the 23rd South Bank Sky Arts Awards and continuing our investment and support of the Arts in the UK. British culture is really thriving right now, and this year’s Awards nominees reflect the exceptionally gifted and diverse range of talent across the creative industries.”

Melvyn Bragg added: “This looks as if it will be a cracking Awards year: British Artists have excelled themselves.”

British artist Mat Collishaw has been commissioned to design this year’s award, which uses the motif of Nike, Goddess of Victory, aka Samothrace.

Describing the idea behind the awards design, Mat Collishaw states: “The idea is to recreate the sculpture in Carrara marble, using water and fizzy drinks bottles as my reference: the crumpled coating of discarded plastic bottles that you see at the finishing line of most marathon events. I thought the pedestrian and ubiquitous nature of these bottles was a good metaphor for the Arts, taking something from life that is very commonplace and transforming into a triumph of sorts.”

Sons Of Kemet - Your Queen Is A Reptile

IDLES - Joy as an Act of Resistance

They Shall Not Grow Old

The South Bank Sky Arts Awards are the only Awards ceremony in the world to represent the entire spectrum of the British Arts. Previous winners across the various categories include Doctor Foster for TV Drama, Skyfall for Film, and Hilary Mantel’s Bring Up the Bodies for Literature. Previous winners of the Outstanding Achievement Award include Harold Pinter, Judi Dench, J.K. Rowling, Eddie Izzard and last year Benedict Cumberbatch. 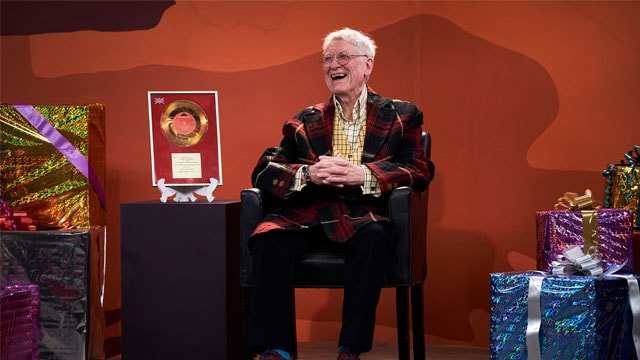 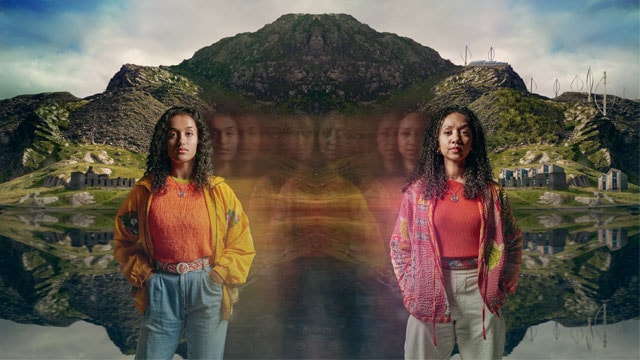 Ground-breaking live drama, GALWAD: A Story from our Future, to be broadcast on Sky Arts 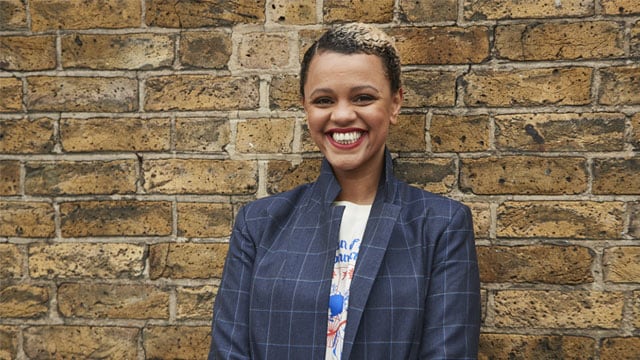