Sky has announced its second cohort of Women in Technology Scholars, awarding five talented women a total of £125,000 to accelerate a business idea which harnesses technology innovation.

The winners are a diverse mix of ages and industry experience however, they share a desire to use technology to bring about positive change. The five Scholars will focus on: improving children’s cultural experiences; helping the elderly stay independent; interactive television; advancing agriculture and educating young people on mental health.

From hundreds of applications, ten high quality candidates were shortlisted, before the impressive final five were selected by a panel that included Sky’s Group Chief Information Security Officer, Elaine Bucknor, who said: "I was blown away with the ingenuity of the projects presented and the calibre of talent and creativity.  It’s widely acknowledged that attracting women into technology is a challenge, so we have a responsibility to bring about change. Boys are more than twice as likely to be encouraged to work in tech, so it’s little wonder that half the girls we spoke to had ruled out working in the industry by the time they reached 18-years-old. Our Women in Technology Scholars programme enables us to nurture new talent and highlight inspiring role models to encourage others to follow.”

Tech Talent Charter CEO, Debbie Forster MBE , also on the panel, added: “It’s been fantastic to help select such a brilliant group of women with ideas that can help shape the future of tech. It’s vital that organisations like Sky take action like this to deliver greater diversity in the UK tech workforce and better reflect the make-up of the population.”

New research shows that nearly half of boys are advised to consider a career in tech – compared to only one in five girls. And by 18-years-old 48% of girls have already discounted a career in technology completely .

At present, just 22% of the UK core STEM employment is female*. As a leading UK technology organisation serving 23.7 million customers, Sky wants to attract and attain women of all ages and levels to our technology teams and to help achieve this we have introduced a range of programmes, including our Get Into Tech coding course and our Sky Software Academy and Apprenticeships.

Sky’s Women in Technology Scholars for 2019 are:

Sky’s Women in Technology Scholars will receive financial investment and have access to an expert network of mentors and leading industry executives to accelerate their innovation. Following the success of previous years, Sky has increased the number of scholars on the scheme from three to five, emphasising its position that female potential must be supported for the successful and inclusive future of the technology industry.

About Sky Women in Technology Scholars
In September 2017 we launched the search for our first Women in Technology Scholars – an exclusive Sky initiative designed to encourage more women to pursue a career in technology. Hannah, Oishi and Kike were successful in securing a place and have spent the past year developing their projects in the areas of Virtual Reality, Machine Learning and an app for Black Young Professionals.

About Sky
With 23.7 million customers across seven countries, Sky is Europe’s leading media and entertainment company and is proud to be part of the Comcast group. 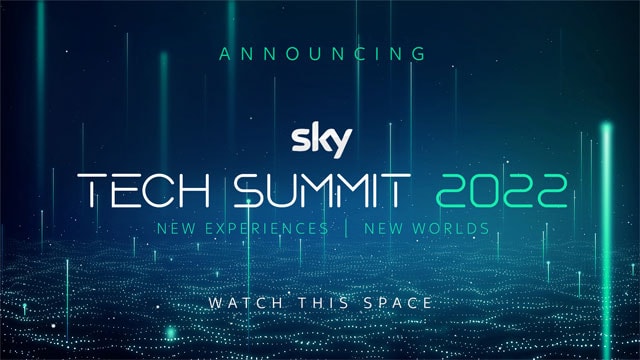