SOPHY RIDGE: Politicians from around the world will be gathering across Europe to mark the centenary of the Armistice. In Paris, President Emanuel Macron will be joined by Donald Trump, Angela Merkel and Vladimir Putin among others at the Arc de Triomphe. In London the Queen will be leading commemorations at the Cenotaph with the Prime Minister and the Labour leader. Well joining us now is Labour’s Shadow Defence Secretary, Nia Griffith. Thank you very much for being with us.

SR: A hundred years since the end of the First World War, why do you think it is that this war has really become so engrained and so important for our national identity, our national consciousness?

NIA GRIFFITH: Well I think it’s been very heart-warming to see the real unity across the whole country in really being determined to recognise the appalling sacrifice that people made in that war and the terrible loss of life and I think from that as well what people want to see now is also the reconciliation, so this weekend we’re talking about the signing of that Armistice, we’re talking about bringing peace to Europe and we’re talking about the real determination there was to make sure that nothing like this ever happens again. Now we know that sadly that was not the case but I think it’s very important that when we look back and we remember and we remember the sacrifice, we also think about the real importance of diplomatic initiatives now in the present day to make sure we don’t have unnecessary conflict.

SR: Diplomatic initiatives, what are those lessons do you think then?

NIA GRIFFITH: Well the League of Nations was set up after the First World War and the United Nations after the Second World War and however imperfect it is, having a rules based system, having unity amongst the sensible nations of the world if you like, trying to make sure that we do talk rather than fight is just very, very important and it worries me very considerably when we see some rather inappropriate flaunting of those rules.

SR: What do you mean by inappropriate flaunting?

NIA GRIFFITH: Well I think there are two things. I think certainly we’ve seen some very aggressive acts by some nations such as Russia for example but I also think we’ve seen a denigration by Trump of some of those very institutions that we rely on to keep that peace.

SR: What did you make of Donald Trump’s decision to not visit the war cemetery in France yesterday because of the bad weather?

SR: I want to talk to you about some comments that were made earlier this week by a very prominent Labour party supporter about the poppy. Aaron Bastani, who is one of your most profile activists shall we say, he is very active on social media, said this: “I think the poppy appeal is grotesque, it has a kind of triumphalist militarism about it. It’s racist right, it’s white supremacist.” I mean you are wearing a poppy.

NIA GRIFFITH: Well this is absolute nonsense and first of all I must say this person in no way represents the Labour party and I can assure you that up and down the country Labour politicians will be proudly wearing their poppy today, they will be at the Cenotaph this morning and they recognise the huge sacrifice that has been made by our armed forces both in the First World War and in conflicts since. They recognise this is a time we come together and we remember and that there has been so much good work done by the Royal British Legion that I find the comments that this single person made completely unrepresentative and quite frankly, an utter disgrace.

SR: And you say it is not representative but he is somebody who is a very prominent cheerleader for Jeremy Corbyn, he has a very large social media following, I mean should he be thrown out the party?

NIA GRIFFITH: Well he’s one individual, he’s one individual who has put his views up on social media and I can assure you, he really does not represent mainstream feeling within the party. Personally I think the remarks are absolutely abhorrent …

SR: Should he be thrown out?

NIA GRIFFITH: Well I would like him to retract on those comments, I certainly would. Whether he is to be thrown out is a matter for the party to consider.

SR: Okay, thank you. Later in the show we’re going to be seeing what happened when I sat down with three veterans who talked very frankly about mental health and some of the issues that members of our armed forces face when they leave the Army – the lack of support, the fact that there are sadly so many people who have taken their lives. What’s Labour’s position on how we should tackle this?

NIA GRIFFITH: Well we want to see a really joined up approach right across government. It’s very important that when people leave the Forces, many of them transition extremely well into civilian life but for those who need extra support it should be there. There has to be a joined up process right across government so what we set out as our strategy is to make sure that we have the funding in to make sure that mental health provision is there for those that need it, that we deal with the housing crisis so that there are houses available and we get rid of the scourge of rough sleeping and that we also make absolutely certain that the skills that the veterans have are properly recognised and if they need additional support to get additional qualifications or apprenticeships or a first job interview, that the support is there to do that because obviously they do have skills that are not necessarily recognised by employers and it is important that they get into a successful second career and that they also have housing and then also have access to proper mental health services.

SR: That recognition of skills actually is something that they directly spoke about, actually it’s interesting to hear you say that. Another Labour party policy that I was keen to talk to you about is Trident. Now currently of course it is Labour’s policy to renew nuclear deterrent, however the Shadow Peace Minister Fabian Hamilton, carrying out a review to see if alternative jobs can be found for those people working in the defence industry, he says he sincerely hopes that the review undertaken will convince people to drop their support of Trident. So what’s happening there, is Trident definitely going to be in Labour party policy going forward?

NIA GRIFFITH: We are absolutely committed to the Trident programme. The decision was taken …

NIA GRIFFITH: The decision was taken back in 2007 and it is settled Labour party policy. Fabian Hamilton can express his own views but the mainstream Labour party position on this is that we are totally committed to the Trident nuclear deterrent and we mustn’t muddle up the Trident nuclear deterrent and the whole issue of industrial diversification.

SR: But at the same time though, this is one of your junior Shadow Cabinet Ministers, he does speak for the party and he is very clear that he says, he’s always said that party policy should renew Trident but I say we should scrap it, that’s also the view of the leader of the party and he sincerely hopes that the review he is undertaking will convince unions to drop their support as well.

NIA GRIFFITH: Well as I say …

SR: That’s not too helpful if you are arguing in favour of keeping Trident.

NIA GRIFFITH: There are two very separate issues, first and foremost we are committed to the deterrent, the deterrent is extremely important. It’s a very important part of our defence policy and so we made a decision to renew it back in 2007 and obviously that’s now eleven years ago and the process is well down the line now. In terms of defence diversification we have talked in a very different way about industrial diversification because we recognise that there is immense inequality across the regions of the UK and we recognise that part of ensuring that no region is too dependent for example on the coal industry or the steel industry, is to make sure that there is better redistribution of opportunity so that people in every area of the UK have good opportunities for career opportunities.

SR: Now I’m keen to talk to you as well about Brexit and Jeremy Corbyn gave an interview this week and he was asked if he would stop Brexit if he could and we can have a look at the answer that he gave on Brexit. He said, “We can’t stop it, the referendum took place, Article 50 has been triggered.” Is your leader right to say that you can’t stop Brexit?

NIA GRIFFITH: Well I think the decision was taken back in 2016 and very clearly the people of the UK voted to leave the European Union.

SR: But you can stop it can’t you, if you wanted to?

SR: At the same time though I can’t help but thinking that if this is right, that Jeremy Corbyn believes you can’t stop Brexit, then the motion you passed at your conference was basically a bit of a con because that said if we cannot get a general election Labour must support all options remaining on the table including campaigning for a public vote but your leader is saying that Brexit can’t be stopped. Those things don’t add up do they?

NIA GRIFFITH: Well I think you have to take things step by step. We said very, very clearly that we do not want a situation of no deal. We also said very clearly that we cannot be voting for a bad deal or a blind Brexit, so what we are saying is that we need Theresa May now to come back with a proper deal which protects jobs and the economy, which gives us that closest possible relationship to the single market and that’s the sort of deal we want to see on the table.

SR: So can Brexit be stopped?

NIA GRIFFITH: Well I think the answer to that is that we are committed to getting a Brexit that works. We want a Brexit that works in terms of jobs and the economy. We are prepared, as Kier Starmer set out today, to work with MPs across the board to get something which is workable and that’s where we are at this present time. We want to make sure …

SR: Is a second referendum one of the options on the table?

NIA GRIFFITH: Well in our view what we actually need to do is get a proper deal that works. Now if this government is incapable of negotiating that deal then the best option as far as we’re concerned would be to throw the government out and have a team in there which can get a good deal. In other words, we’d like to have a general election. If that’s not an option then we have said quite clearly we are prepared to work across the board to try and get a deal which would be workable and I think the whole issue about a people’s vote arises because of the prospect of a bad deal and I think if a good deal were on the table which did do as I said, protects jobs and the economy, then I think that issue would not be half as vibrant as it is. 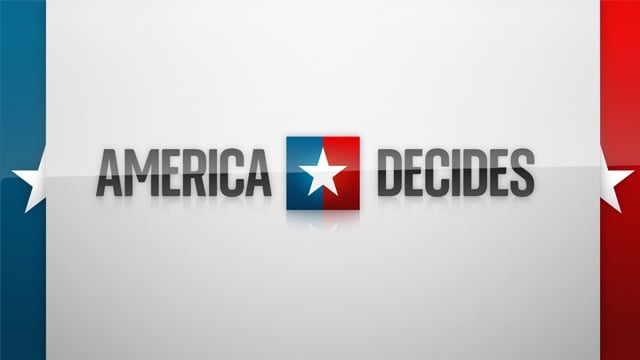 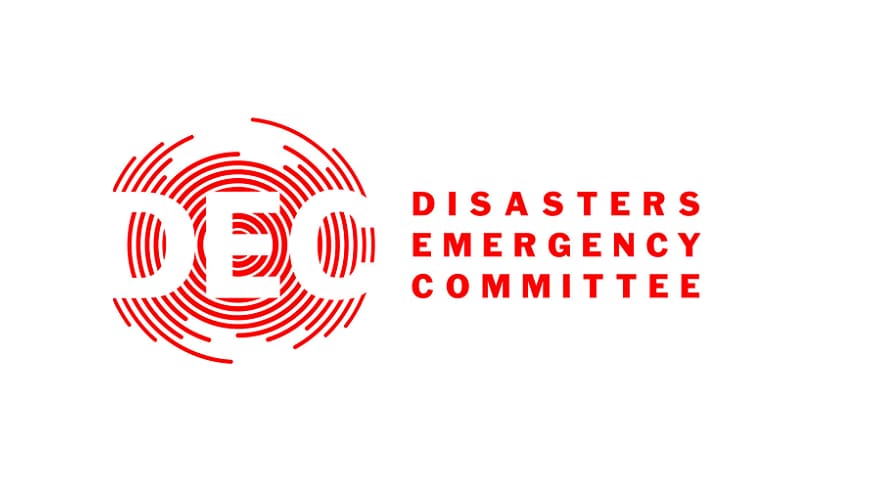 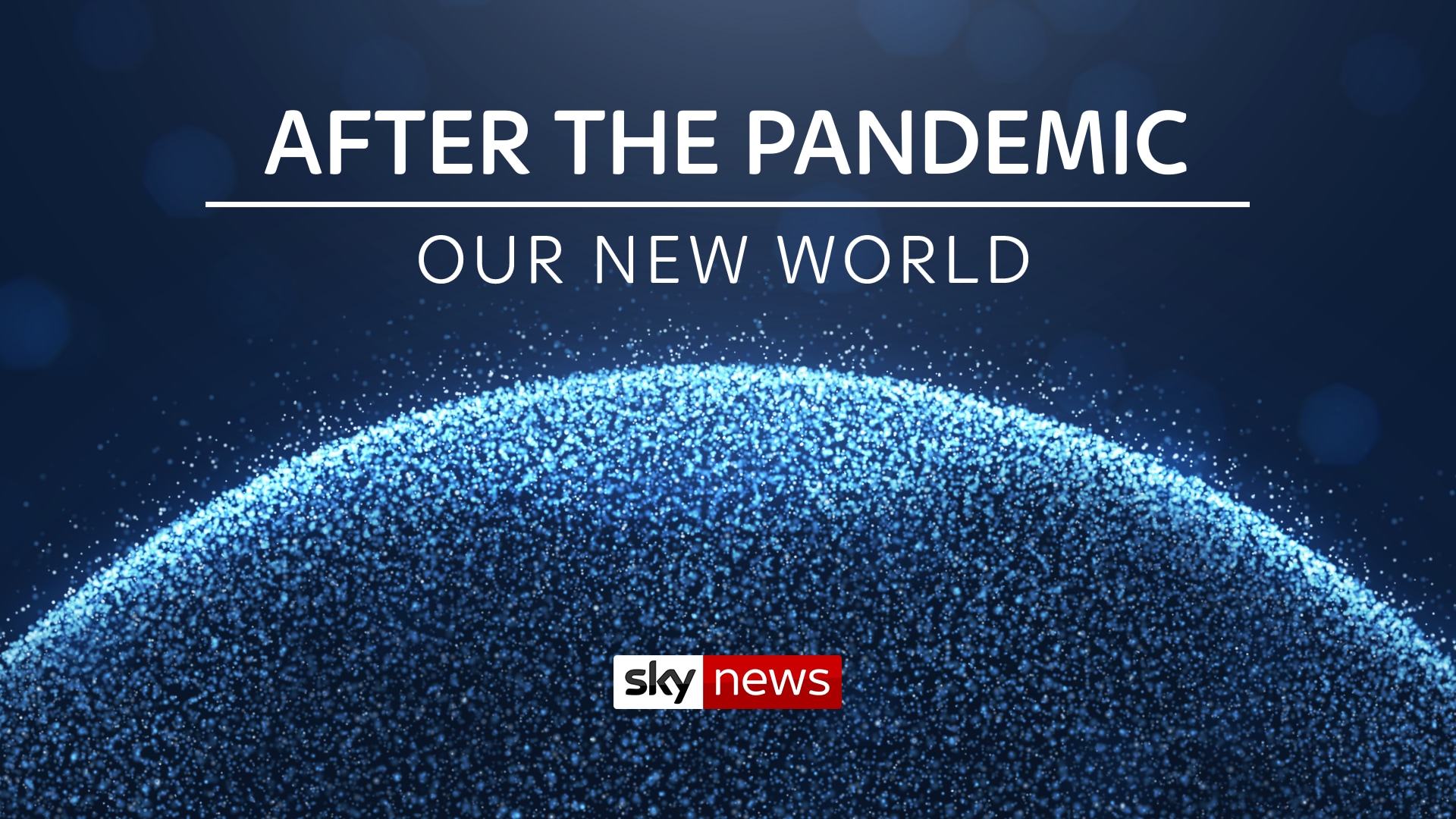