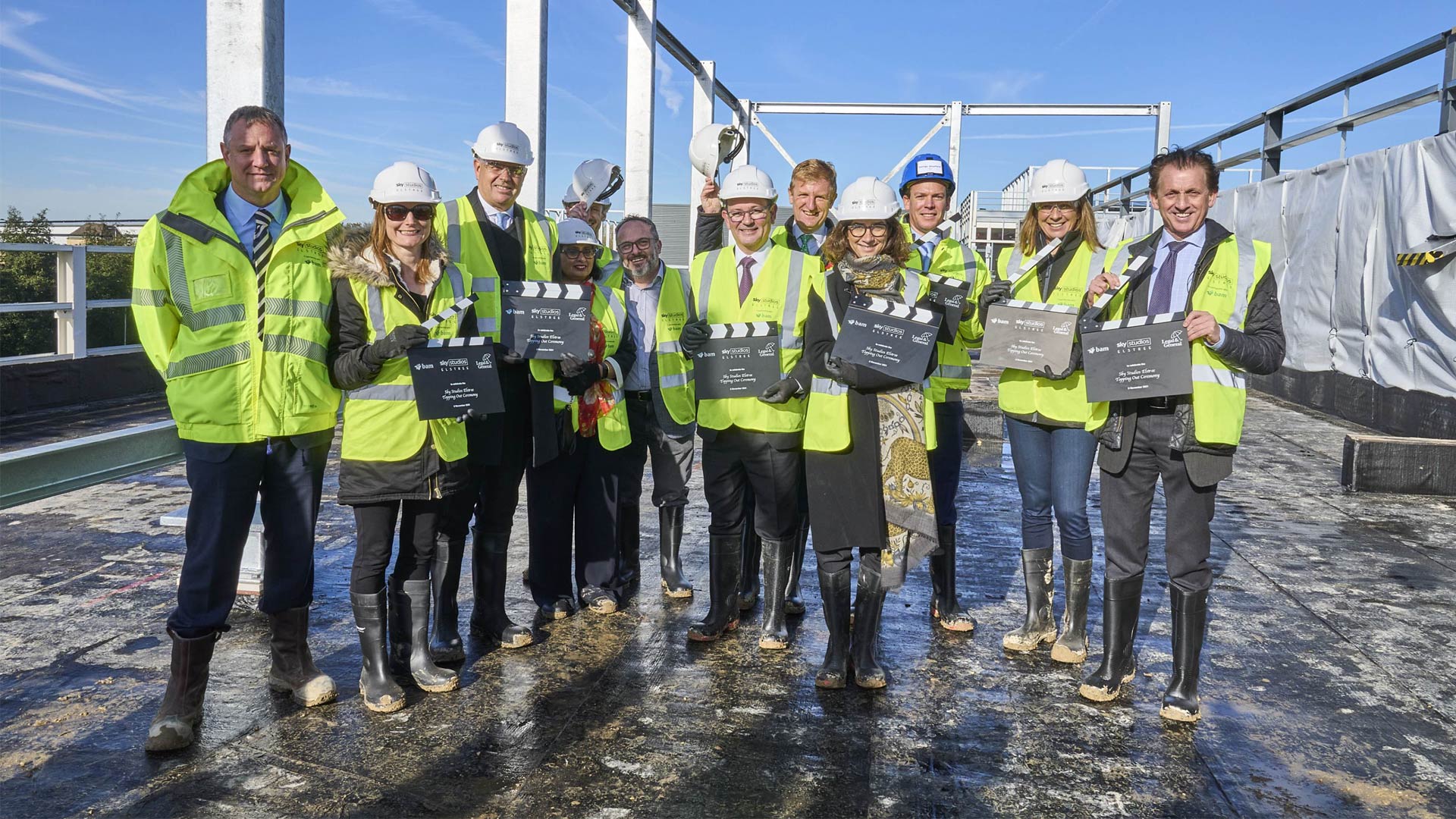 Construction at Sky Studios Elstree, Sky’s new state-of-the-art film and TV studio, reached a major milestone this week as the final steelwork was installed on the highest structure on site.

Reaching a height of 16m, the final piece of steel was secured on the roof of a 60,000 sq ft soundstage using a specially made green bolt, representing Sky Studios Elstree’s ambition to become the world’s most sustainable film and TV studio.

The project, developed by Legal & General, constructed by BAM and made with the backing of Sky’s owner Comcast, and sister company NBCUniversal, was first announced in late 2019 with planning permission granted in summer 2020.

Set to become operational in early 2022 and fully open with 13 sound stages later in the year, Sky Studios Elstree will create 2,000 jobs locally and become home to new film and TV projects from Sky and NBCUniversal, attracting £3bn of new production investment over the first five years alone.

Commenting on this significant moment, MP for Hertsmere, Rt Hon Oliver Dowden MP said, “Sky Studios Elstree is a huge investment in our creative industries and is helping to fuel the economy, both locally and nationally. Across Hertsmere and the surrounding areas, we are creating a hotbed for film and TV production, building on the area’s strong heritage in the screen arts, and it’s great to see Sky pushing ahead with training and supporting the next generation of local talent. During COP26, I am also very proud that Sky Studios Elstree is set to be the greenest studio in the world when it opens next year.”

Kicking off last week, COP 26, the UN Climate Change Conference, is currently taking place in Glasgow with world leaders, businesses and the global community joining together to tackle climate change. Sky is a Principal Patron and Media Partner of COP26 and, as part of Sky’s commitment to be Net Zero Carbon by 2030, it is building Sky Studios Elstree to be the world’s most sustainable film and TV studio.

Sajida Bijle, Managing Director of Hertsmere Borough Council, said: “We are proud to support the development of Sky Studios Elstree which has progressed rapidly since planning approval was granted just 16 months ago. It is an exciting time for the screen industries in Hertsmere and we look forward to seeing the final development take shape over the coming months.”

Cécile Frot-Coutaz, CEO Sky Studios, said: “Sky Studios Elstree is a significant investment in the UK’s creative industry and represents Sky, NBCUniversal and Comcast’s commitment to producing world-class film and TV here in the UK. The new studios will enable us to deliver more original content to our customers while supporting the next generation of talent through skills and training. At this time when the world is focussed on COP26 and the urgent need to tackle the climate crisis, we are also proud of our ambition to build the world’s most sustainable film and TV studio. I’d like to thank Hertsmere Borough Council for their continued support, as well as NBCUniversal, L&G and BAM for their deep collaboration and partnership.”

Nigel Wilson, CEO, Legal & General Group, said: “Sky Studios Elstree is a perfect example of our approach to supporting projects that deliver regional growth, create local value and invest in the skills, training and economy of tomorrow. The UK’s creative industries are world-leading and continue to grow at a rapid rate. We are proud to enable further growth in this area enabling the UK economy to build back better.”

Adam Harding, Regional Director for the South East, BAM, said “This is a landmark development for BAM in the UK and we are proud that we’ve been able to hire dozens of people locally and kickstart the construction career of many new apprentices on Sky Studios Elstree. Alongside building at a rapid rate, we’ve also been meticulous in our approach to sustainability on site and throughout the construction process. We can’t wait to see the cameras rolling on new Sky and NBCU productions next year.”

Last month, Sky Studios Elstree announced that it had kicked off a recruitment drive for a range of new roles as it readies for opening early next year. The first operational roles to be announced include Operation Managers and Production Reps who will be based at the state-of-the-art Sky Studios Elstree. With dozens more roles set to go live over the coming months, people interested in applying for a role at Sky Studios Elstree should visit the Sky careers website at sky.com/careers 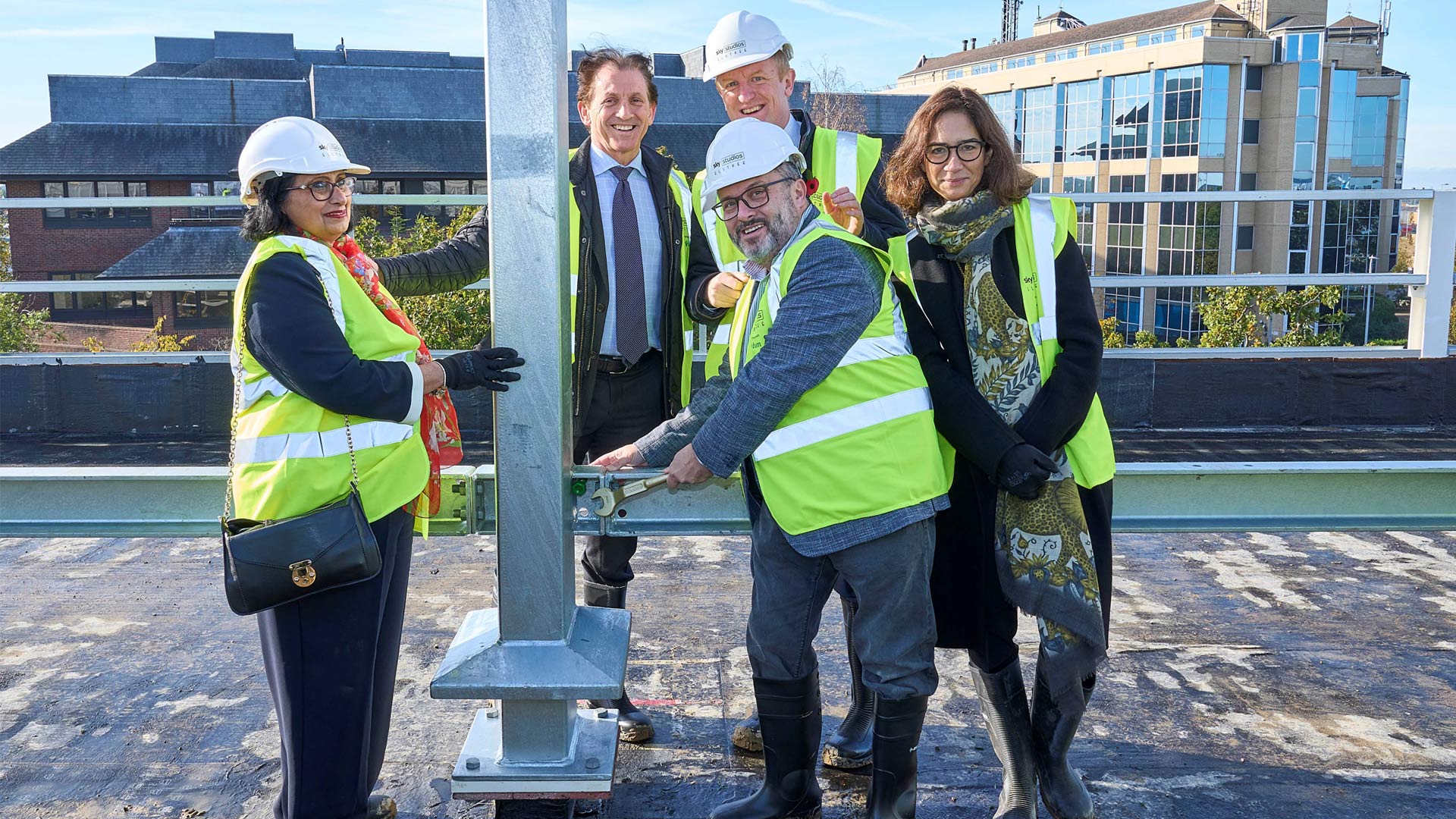 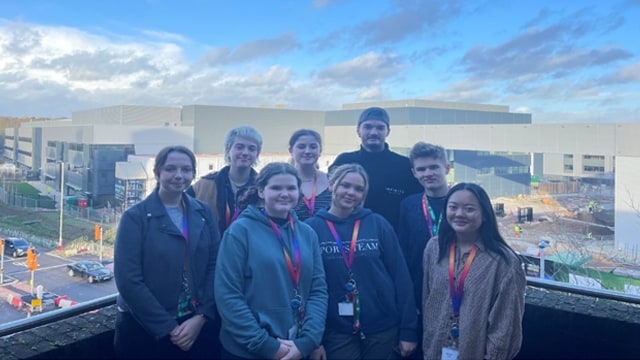 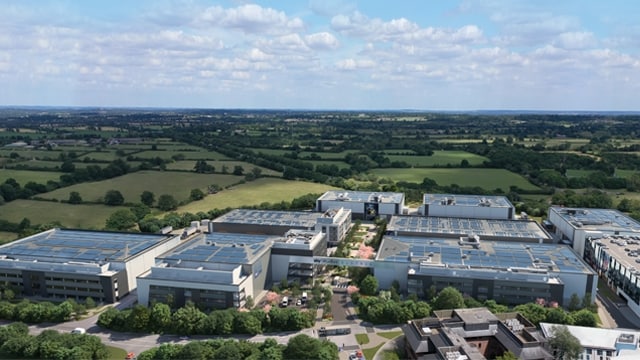 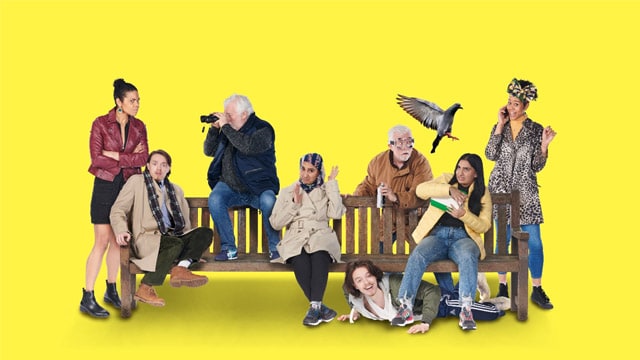