Wirecard scandal to be brought to screen

The documentary will be directed by Benji and Jono Bergmann of BABKA (‘Gelato’), who will also co-produce.

The documentary will chart the rise and fall of Wirecard, a financial payments firm once seen as the posterchild for German tech innovation that collapsed in scandal in June 2020 following the uncovering of a €1.9bn accounting black hole. The story rocked the financial sector across the globe, following years of suspected lies, cover ups and an international web of money laundering. Today, Wirecard’s CEO Markus Braun remains in custody with COO Jan Marsalek on the run, following the issuance of an international arrest warrant.

Following many years of journalistic investigation, Sperl will bring the story to screen with exclusive access to those closest to the Wirecard scandal, plus those who, like Sperl, followed the story closely as the company unravelled earlier this year.

In addition to the documentary, Gabriela Sperl is also developing a fictional mini-series on the same topic for Sky Studios.

Gabriela Sperl, producer SFFP said: "Wirecard is a global story of corruption and greed, of masterminds and narcissists, of the driven, dreamers and power mongers who, trapped in their own realities, carried others away in their insatiable desire for more.

“In the 90-minute documentary and limited series, we will tell the thrilling drama of the rise and fall of Wirecard, set against an international backdrop of lies and misplaced trust. This is a story of betrayal, lack of responsibility and loss of values - and it's about the brave ones who, despite persecution, ridicule and malice, did not let themselves be stopped from bringing the truth to light. Wirecard is also a story of the upright, a story about moral courage, about role models, who we need today more than ever. Among the informants who we were able to engage exclusively for our documentary are the two award-winning reporters from WirtschaftsWoche, Melanie Bergermann and Volker ter Haseborg, who will publish a book in November: The Wirecard story - the story of a billion-dollar lie.”

Marcus Ammon, Senior Vice President Sky Original Production, said: "A financial crime thriller of this dimension, the mystery of a fraud of epic proportions and its mysterious protagonists, is not only material for an insightful documentary, but also contains countless narrative strands and complex characters as the basis for a fictional series.

“We are happy to get to the bottom of this monstrous story together with Gabriela Sperl. Gabriela's unique network and her unbroken will to enlighten and bring the truth to light are the best conditions for these two exciting projects.”

Martina Zöllner, head of film and documentary at rbb/ARD, said: "How could it come to such an irrational decoupling of intoxicating high-flying and economic reality? And why did so many people share in the Wirecard dream? This is what our joint film wants to work out using the disinfecting power of documentary to do so.”

For Sky Germany, Julia Jaensch will oversee both projects, working within Frank Jastfelder’s team. Rolf Bergmann will oversee on behalf of rbb.

GABRIELA SPERL is an award-winning author and producer focused on socio-political films. From 1998-2002 she was Head of the Drama, Fiction and Documentary Department at the Bayerischer Rundfunk/ARD.

In 2003, Gabriela Sperl left the BR to concentrate on writing and producing. Her productions have brought her numerous Grimme Awards, the Goldene Kamera, the Deutsche Fernsehpreis and Filmpreis, the Bambi, as well as awards in Shanghai, Paris and Cannes. Some of her most notable productions include "Stauffenberg“ for SWR/ARD, "Die Flucht" for ARD and "Operation Zucker" for BR/ARD. „ Tannbach" for Wiedemann&Berg TV, ZDF , "NSU – Mitten in Deutschland“ for ARD, and most recently "Preis der Freiheit“ for ZDF which won 3 major awards at the “Deutsche Fernsehpreis” in June 2020: best series, best leading actor and best leading actress.

Rundfunk Berlin-Brandenburg (rbb) is the joint broadcasting corporation under public law of the German federal states of Berlin and Brandenburg. rbb operates six radio channels – 'rbb 88.8', 'Antenne Brandenburg', 'Fritz', 'Inforadio', 'Radioeins' and 'rbbKultur' -, the 'Dritte' channel 'rbb TV' with its own 'rbbtext' teletext service, and an extensive online offering under 'rbb24'. rbb contributes to the joint public service ARD programme 'Erstes Deutsches Fernsehen' with programmes such as 'Kontraste', 'Tatort' and 'Polizeiruf 110'. It also participates in the satellite channels 3sat, ARTE, KI.KA and PHOENIX.

rbb is managed by director Patricia Schlesinger who has just been selected by the broadcasting council for a second period of five years. rbb has numerous freelance and 1,500 salaried employees. Its main broadcasting studios are in Berlin and Potsdam, it also operates studios in Cottbus, Frankfurt (Oder) and regional offices in Perleberg and Prenzlau. rbb participates in the ARD's joint foreign correspondent network with correspondents in London, Warsaw, Mexico City and Beijing.

Sky Deutschland is one of the leading entertainment companies in Germany, Austria and Switzerland, offering a world class range of content from the best live sports, exclusive series and the latest movies to varied children's programs, exciting documentaries and entertaining shows – many of them Sky Originals. In addition to the free-to-air channel Sky Sport News, viewers can watch programs at home and on the go via Sky Q and Sky Ticket. The entertainment platform Sky Q aggregates all conveniently in one place: Sky and free-to-air channels, thousands of films and series on demand and a wide range of apps. With Sky Ticket, customers can stream series, movies and live sports flexibly where they want and when they want, on a monthly cancellation basis. Sky Deutschland, headquartered in Unterföhring near Munich, is part of the Comcast Group and belongs to Europe's leading media and entertainment company Sky.

Sky Studios develops, produces and funds original drama, comedy and documentary for Sky’s 24m customers and beyond.. Building on the success of critically-acclaimed Sky originals, including Emmy-winning “Chernobyl,” Bafta-winning “Patrick Melrose” and international hits “Babylon Berlin” and “Riviera,” Sky Studios is the new creative home of Sky originals, such as “The Third Day” with Jude Law, “ZeroZeroZero” from the makers of “Gomorrah” and “The New Pope” directed by Academy Award-winning director Paolo Sorrentino.

Sky Studios is an agile Studio, seeking out the best untold stories from new voices while working in creative partnership with today’s best writers, producers and on-screen talent to bring viewers stories they wouldn’t find anywhere else.

With commissioning talent and production capability across the UK, Germany and Italy, Sky Studios understands local tastes across Europe better than anyone else and have plans to more than double its investment in original content by 2024, fully supported and backed by Comcast NBC Universal.

Sky Studios is also developing a new TV and movie studio, Sky Studios Elstree, which is expected to lead to the creation of over 2,000 new jobs and generate an additional £3 billion of production investment in UK creative sector in the first five years alone. 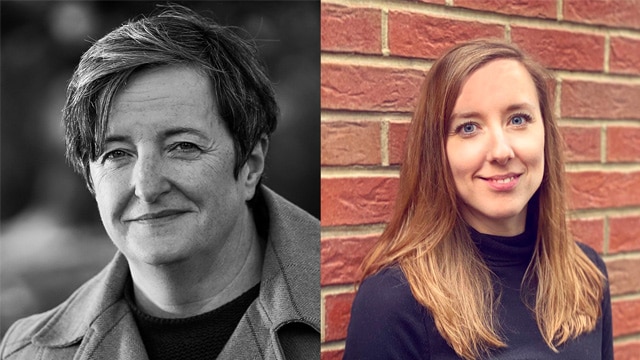