Our commitment to sustainable sports production

We believe TV should be made in the most sustainable way

As part of our Sky Zero ambition to be net zero carbon by 2030, we’re improving the sustainability of our sports productions and working with industry partners to create change.

In the UK and Ireland, we’re raising awareness through the BAFTA albert Sports Consortium, which we jointly founded with other broadcasters in 2020. We’ve offered our production teams carbon literacy training, encouraged them to use public transport and car shares and cut the number of flights they take.

We’ve been working with BAFTA albert on empowering our teams to make editorial content that supports a vision for a sustainable future, because it’s not just about how we make TV. We’ll use our scale and reach as Europe’s leading direct-to-consumer media and entertainment company, to start new conversations and inspire action. We’ll spread the word through our Sky Sports channels and programmes, inspiring as many people as we can to join us and #GoZero

Behind the scenes of our first green Transfer Deadline Day

The visual impact of the climate crisis on sport has become more prevalent in recent years – consider the smoke of blazing forest fires stretching across the courts of the Australian Open - but little is discussed of the role sport plays in our planetary crisis.

A recent report by RTA suggests that the carbon emissions of the global sports industry could potentially be similar in size to a country like Spain, without the emissions of its broadcasters included.

Sport has reach like few others and an immense power to bring positive social change through the actions and words of its athletes, clubs, governing bodies and fans. Now it is time for sport to use its force to act and accelerate our journey to net zero.

Earlier this year at Sky we announced our ambition to be net zero carbon across our entire value chain by 2030 and that means a lot more than just getting our own house in order. We’re focused on improving the efficiencies of our own business, but we know that to get to net zero we need everyone to make significant changes including our customers, suppliers and industry peers.

By sharing information and setting ambitious industry-wide standards we can make a collective difference. It’s why tomorrow, I’m delighted to be attending the first meeting of the newly formed BAFTA albert Sports Consortium alongside BT Sport, BBC, F1 and others, to share best practice on sustainability in sports broadcasting.

And this is something we know, from experience, can make a big difference. Over the last two years we’ve worked with Premier League Productions and other broadcasters to form a power-sharing agreement at football matches, which has led to a carbon saving of around 50 tonnes in six months.

An unexpected ‘green-lining’ to the coronavirus pandemic has been the requirement to accelerate the use of our remote production facilities. We’ll be broadcasting a record 100 football games within 40 days while adhering to the government’s social distancing guidelines and that means we’ve had to move fast to do things differently.

We have been using remote productions for around five years, but never at this scale or for Premier League matches. This has enabled us to get live football back on our screens but has also resulted in huge cuts on the travel and freight of the people and resources who would normally be onsite at matches but are now working from home. It’s these kinds of learnings that we look forward to sharing with our peers in the albert Sports Consortium

Today also sees us become the first sports broadcaster to sign up to the UNFCCC Sports for Climate Action Framework. This commitment brings together the global sports community to combat climate change by using sport as a unifying tool to drive climate awareness and action. We can then map a clear trajectory to the net zero emission economy of 2050 that global leaders agreed under the Paris Agreement.

One of the learnings that we bring to the journey to net zero, is that by taking a lead in the Sports community, we can make an impact on society as a whole. Sky Sports can talk to people who green campaigners traditionally may not reach. The success of our Ocean Rescue campaign - highlighting the impact of single-use plastics - shows that Sport can lead the debate, and can be a trigger for wider action to protect our environment. That campaign resulted in us working with the Premier League and its clubs on a reusable cup trial at stadiums, and the Sky Ocean Rescue Test match at the Oval cricket ground, with the stadium going on to set its own target to be SUP-free by the end of 2020.

But we need to do more. Over the next decade, we will use our sports channels and our industry knowledge to encourage everyone to #GoZero with us. We’ll be working with our peers, sporting clubs, governing bodies and athletes to communicate the climate crisis to audiences and help them reduce their carbon footprint.

Just imagine the difference we can make together.

“Seeing the albert certification stamped on our new season football productions is proud moment for the Sky Sports team. We’ve been working hard to make our live productions more sustainable and it’s is a big achievement on Sky’s overall ambition to be net zero carbon by 2030.” 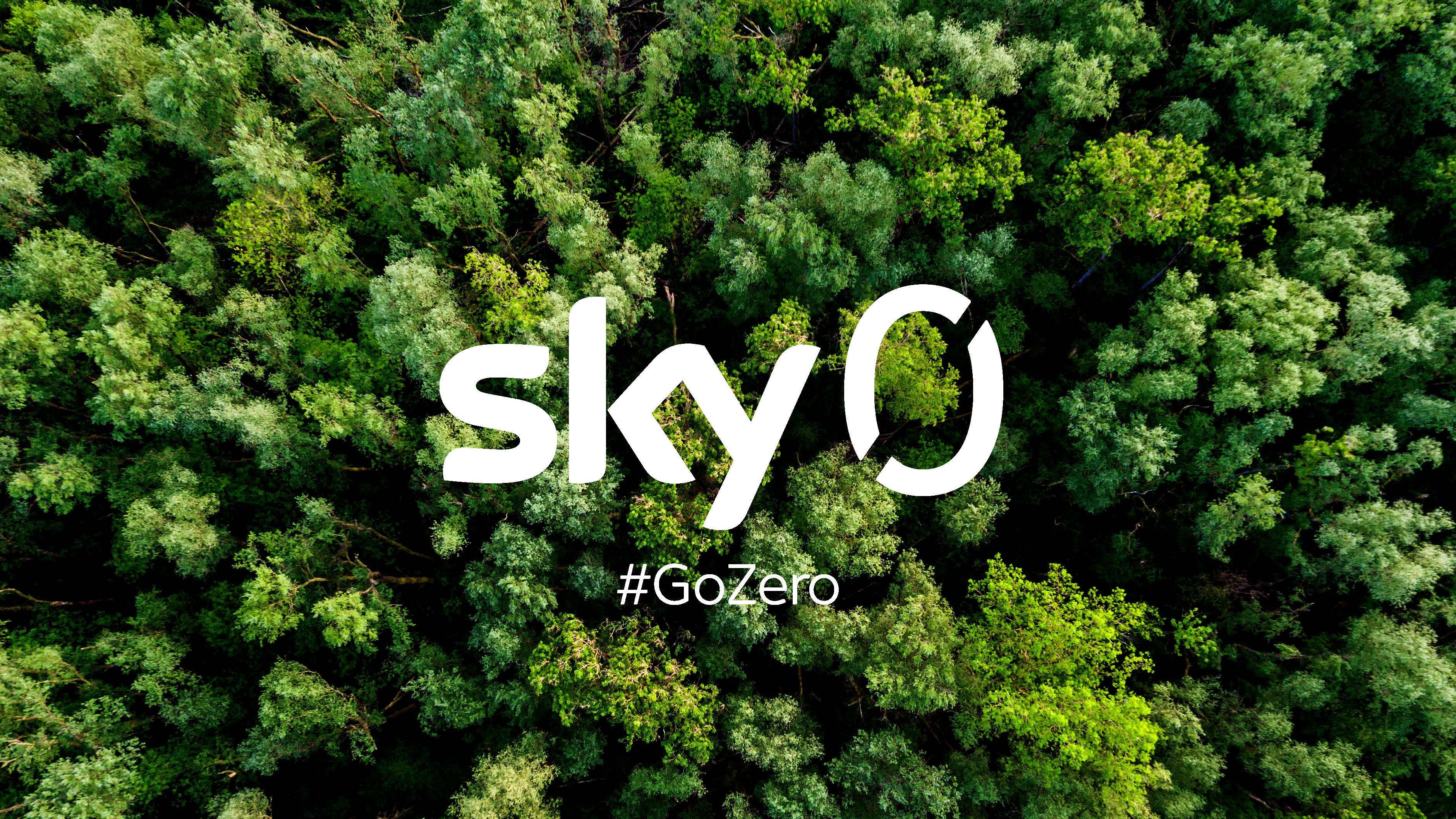