We believe in a better world. Working together, we can create it. So we want to engage our 24 million customers and excite them about the role they can play in creating a net zero carbon world. We want to mobilise millions of people to join a zero carbon community, making small changes to their lives to make a big difference to the planet.

Our customers have always been ambitious for the world. They donated £9 million to our Sky Rainforest Rescue campaign, saving one billion trees in Brazil and supporting local people to make a sustainable living from the forest.

Over the last couple of years, nearly 50 million people across Europe have seen our Sky Ocean Rescue campaign to #PassOnPlastic to tackle the devastating problem of plastic pollution in our oceans.

With WWF, we will be campaigning to drive ocean recovery as the foundation for the next decade, inspiring millions to take real action to save our oceans and become an Ocean Hero. We have already achieved a great deal together, yet we also know we need to do more to substantially restore our ocean and avoid the worst impacts of climate change. We must act now to protect and restore our ocean. 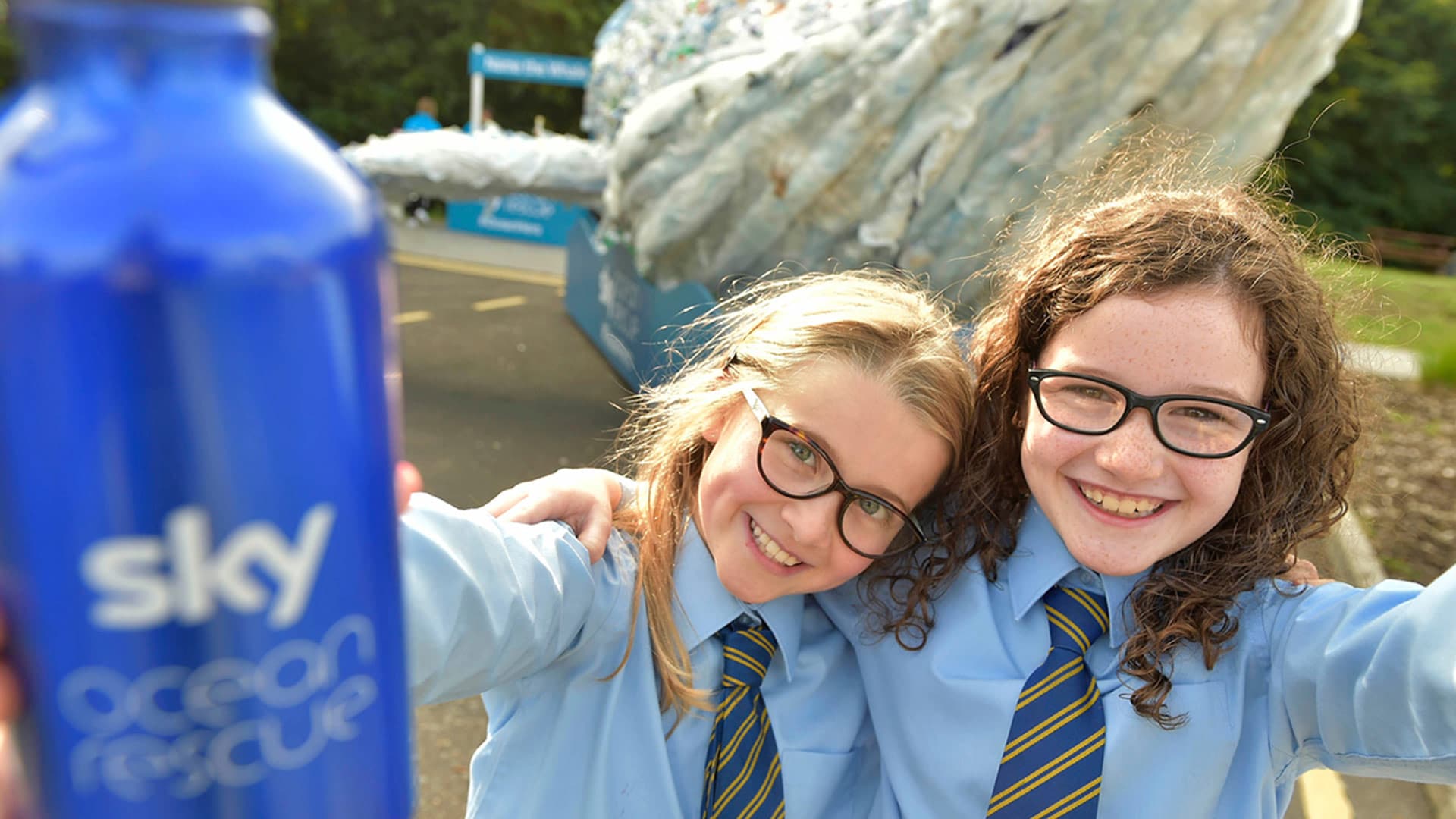 Just as we are focusing on the difference we can make as a business through; choosing renewable energy, the efficiency of our buildings, zero emissions transport, sustainable food choices and investing in nature, we aim to inspire people join us in the journey towards a sustainable future. We want to make it easy for individuals and families to #GoZero and help our customers make low carbon choices in their own lives.

From 2030, we’ll plant forests, mangroves and seagrass to absorb any carbon we can’t cut… yet. We’ll keep reducing our emissions in 2030 and beyond. Our ultimate ambition is to be carbon positive – to take more carbon out of the atmosphere than we put in.

For over a decade, we’ve been campaigning to protect some of the world’s most powerful natural carbon sinks – our rainforests and oceans. Without them, we can’t have a healthy planet. We call them carbon sinks because of their immense capacity to absorb excess carbon from the atmosphere.

Since 2006, as a carbon neutral business, we’ve invested in natural carbon sinks, especially mangrove restoration and reforestation, as well as renewable energy projects.

In 2009, we launched Sky Rainforest Rescue with WWF. Thanks to the generosity of our customers, we raised over £9 million. We used it to protect 1 billion trees in the Amazon rainforest and to support local communities to make a sustainable living from the forest. Through our TV channels and shows, we raised awareness of the issue, giving 7.3 million people greater understanding of the issues around deforestation and global warming. 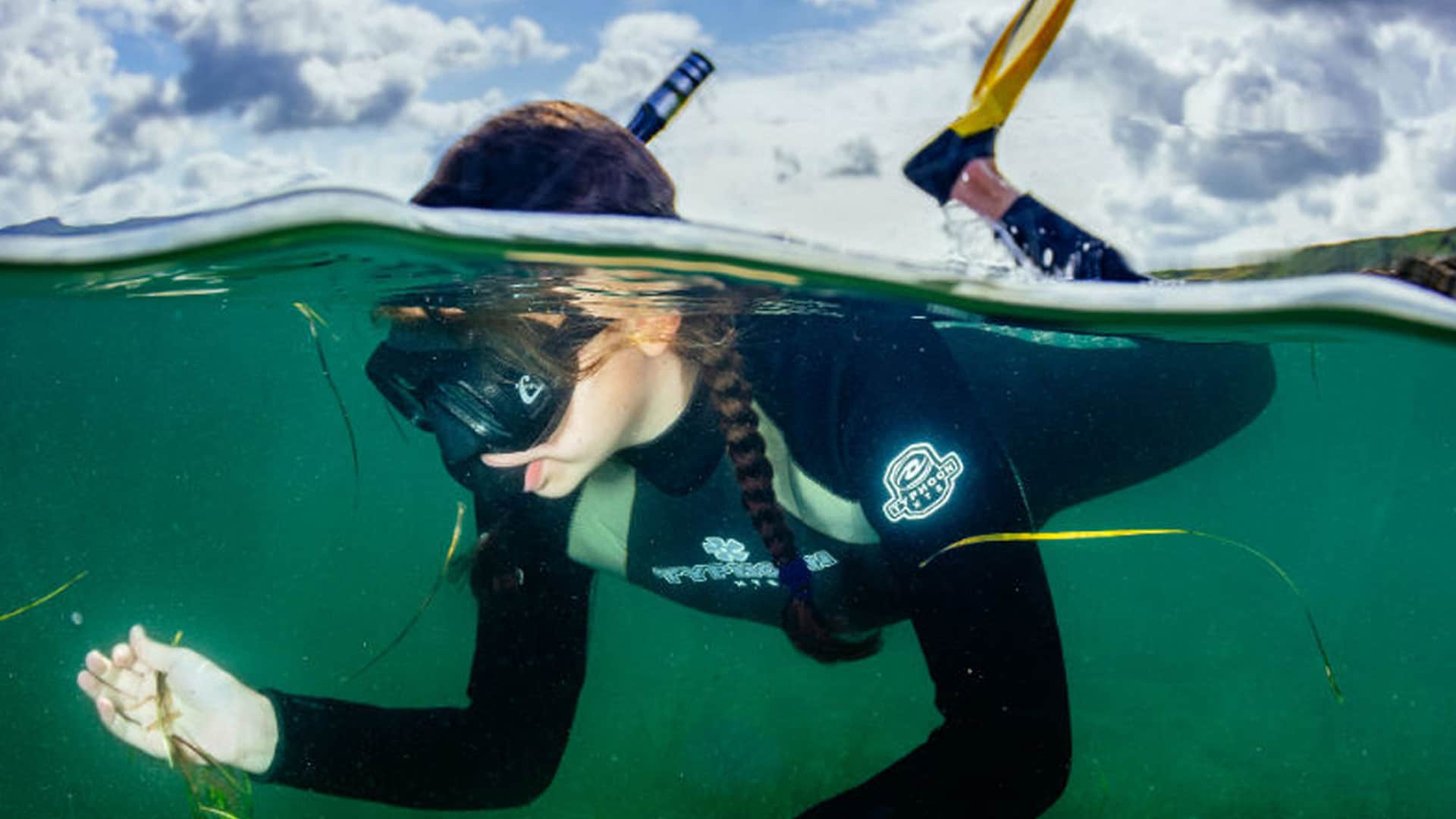 The 1 billion trees we protected were able to absorb 3.7 million tonnes of carbon. To put this in perspective, this is 50 times the amount of carbon we emitted through our direct business operations in 2017-2018.

In 2017, we launched Sky Ocean Rescue to raise awareness of plastic pollution in the ocean and to encourage millions of people to take action. As well as campaigning against plastic pollution, we are restoring seagrass across the UK. Seagrass absorbs carbon up to 35 times faster than rainforests.

From 2030 onwards, to tackle any unavoidable emissions, we’ll invest in regeneration projects that support the natural world to absorb carbon and prevent it from contributing to global warming. We’ll always be working towards significant reductions to our carbon emissions.

The average temperature has risen by 1 degree Celsius during the last 50 years. If we don’t take decisive action now, we risk missing our chance to avoid runaway climate change.

We believe it’s possible to go net zero carbon by 2030 and businesses of our scale have a responsibility to act. If the business community works together, we can make a huge difference.

Climate action is necessary, and the time to act is now, driving change that is good for people and planet. It won’t be easy - but we’re determined to succeed.